Smash your WORKOUT! Up to -50% in PRE, INTRA & POST WORKOUT (+info)
In stock. Immediate delivery.
Temporarily out of stock
Warning about our product information

Notice about our product information.
Caution: We highly recommend reading carefully all of the information on the product labels before consumption.
Harrison Sport Nutrition, S.l. shows the information about the composition and nutritional values that are provided by its suppliers, therefore is not resposible for any modifications that can occur and consequently for any differences that can be found in the actual product.
Food supplement with neuro-modulating effect made from caffeine, L-theanine, L-Tyrosine, choline multi-formula and ALCAR; take your gaming sessions to the next level!
Remarkable aspects:
GF LF V VG DF S EF FF NF GMO
For these sports:
You can see also: See more in Pre-Workout Formulas See more in Pre-workout
FAST SHIPPING! AND ALSO...

At HSN, we know how mentally demanding a high difficulty FPS, TPS, RPG or MOBA can be when it comes to maintaining the performance of our visual-spatial, motor and cognitive abilities.

Evogamers has been designed for you, gamers, with a complex neuromodulator designed to improve the cognitive performance during stressful situations caused by video games1.

A study conducted by Palaus et al., (2017) concluded that different regions of the brain undergo changes when they are activated during a highly complex video game, specially when the player is completely immersed. This is due to higher attentional needs to improve the control in order to reach an objective in the game. This high demand of mental resources will progressively hinder the performance as the game progresses.

We have made Evogamers to delay the onset of fatigue as much as possible, since it conditions the performance after maintaining the focus for a long period of time nonstop.

Evogamers has 3 combinations of substances with different neurological effects

Take advantage of the neuro-stimulant effect of caffeine! Evogamers provides 300mg of caffeine per serving, “enhancing the focus, regulating the mood and cognition, all functions that make up the brain cortex circuits” (Kerkhofs et al., 2017)

Have you ever heard about acetylcholine? It is our main brain neurotransmitter; a neurotransmitter is a chemical substance released by a neuron (emitter) and received by another neuron (receptor) during the brain communication process (synapsis). Said neurotransmitter is produced by the neurons when an acetyl group binds to a choline molecule (“acetyl-choline”). A deficiency of this neurotransmitter will alter the memory circuits and concentration.

Evogamers provides the two substances that the body needs to synthesize this neurotransmitter. A combination of CDP-Choline and Alpha-GPC as sources of choline, which is the base for the molecular structure of this neurotransmitter. Then, it is completed with acetyl L-Carnitine, that “donates acetyl groups for the synthesis of acetylcholine, producing a cholinergic effect and improving the balance of the energy processes for the synthesis” (Onofrj et al., 2013)

This combination will be your best companion for your gaming sessions!

When acetylcholine leaves the emitter neuron, it progressively breaks down due to the effect of an enzyme called acetylcholinesterase; once it is broken down, it is no longer useful for neuronal communication. That is why we have also included Huperzia Serrata extract, which contains Huperzine A, a substance that “works as a powerful, highly specific and reversible acetylcholinesterase inhibitor; quickly crossing the blood-brain barrier” (Dog, 2005) in order to increase the acetylcholine levels in the brain, which enhances the cognition overall.

We have used mango leaf extract, a plant extract whose effectiveness has been proven in several studies; as well as vitamins, which:

Moreover, we have also added:

We bring you the best multi-action product to help you maintain your performance while you play!

Mix one scoop of Evogamers in 500ml before starting a game, the effect will last for more than 6 hours!

How to take EVOGAMERS 300g APPLE: 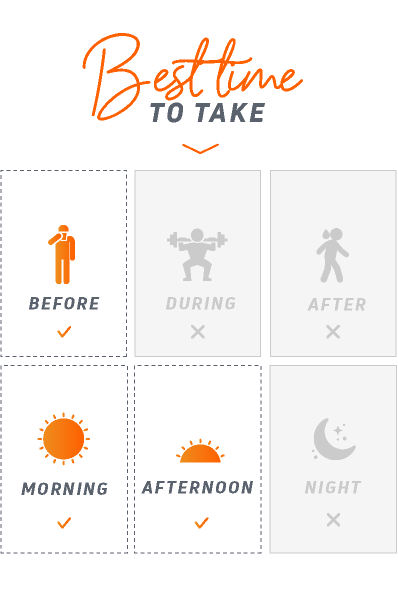 Once opened, store in a cool (under 25ºC), dry and dark place. Do not exceed the stated recommended daily dose. Keep out of reach of the smallest children. Nutritional supplements should not be used to replace a balanced diet. Not recommended for children nor pregnant or lactating women.
Questions
DO YOU HAVE ANY QUESTION ABOUT THIS PRODUCT? DON'T HESITATE TO ASK US!
Question about: EVOGAMERS - 30 SERV
Log in and ask
CUSTOMER REVIEWS
(3)
Write Your Own Review
Write Your Own Review
{rating}
{vote_title}
HSN's Gurus